All the attractions of Città di Castello in Umbria

Now that temperatures are falling, we can start sightseeing again with pleasure! ;) A lesser known place of Umbria but still rich in things to do and see is Città di Castello, in the province of Perugia.

Historic palaces, museums of great artists, good food including the precious white truffle and many events!

You will immediately be impressed by the charm of the old town which still preserves many evidences of the medieval past, such as the double city walls. Over the centuries it has been enriched with churches and palaces of great value. The Cathedral dates back to the 11th century and next to it there's the cylindrical bell tower dating back to the Roman age. You can reach its top to enjoy a 360-degree view of the city and the valley. There's also the Cathedral Museum, with sculptures and sacred objects.
Other important religious buildings are the Church of St. Francis with the Vitelli Chapel, designed by Giorgio Vasari; the Church and cloister of St. Dominic, with a single nave and many fifteenth-century frescoes; the Church of Santa Maria Maggiore, dating back to the 13th century; the Basilica and Pieve of Canoscio, that rises in a hamlet on the top of a hill overlooking the Tiber river at 449 meters above sea level. 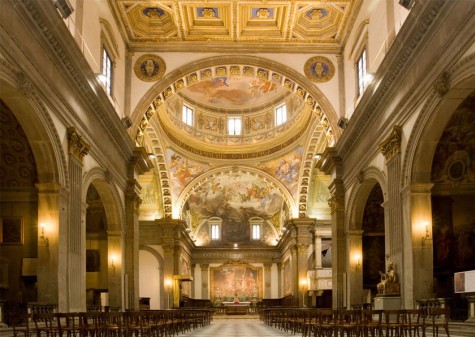 The Town Hall also called the Priors Palace is one of the most important public buildings in Umbria and it overlooks thw square Piazza Matteotti, a meeting point for citizens. There follows many other palaces, such as Palazzo del Podestà, which is in Gothic style on the side overlooking the street Corso Cavour and in Baroque style on the front; Palazzo Vitelli alla Cannoniera commissioned by the Vitelli family and so called because it was built near a foundry or cannon storage; the charming Palazzo Vitelli in Sant'Egidio, built around the middle of the 16th century and Palazzo Vitelli in Piazza, left unfinished. The symbol of the city is the Civic Tower dating back to the 13th century. Take advantage of the tour to snoop around the shops and boutiques, you can find all typical products of local handicrafts and traditional cuisine. In the evening, the old town comes to life and offers various entertainment options in pubs and restaurants. 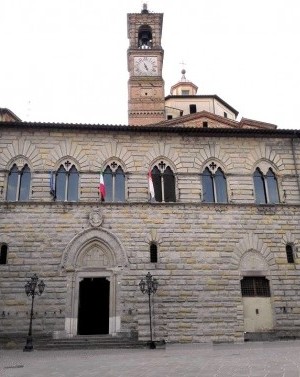 Arriving in Città di Castello you'll find great exhibitions of works of art, that's why some people call it 'the museum city'. The Town Art Gallery is located inside Palazzo Vitelli at the Cannoniera and together with the National Gallery of Perugia it is the largest art centre in Umbria, with 30 rooms where you can admire examples of Renaissance and Manierist painting. In addition to the great masters of the past such as Raffaello and Signorelli, there are artists from the 1900s, including Carrà, De Chirico and Guttuso. Two museums are dedicated to the famous artist of contemporary art Alberto Burri, who was born right in this city. One is within Palazzo Albizzini and collects 130 works such as Coal Tars, Moulds, Gobbi, Bags, Woods, Iron, Combustion, etc and the other one within the Ex Tobacco Dryers, a very suggestive location with an exhibition of singularly painted works. It counts 128 pieces including pictorial cycles and monumental sculptures also placed in the outdoor lawn. 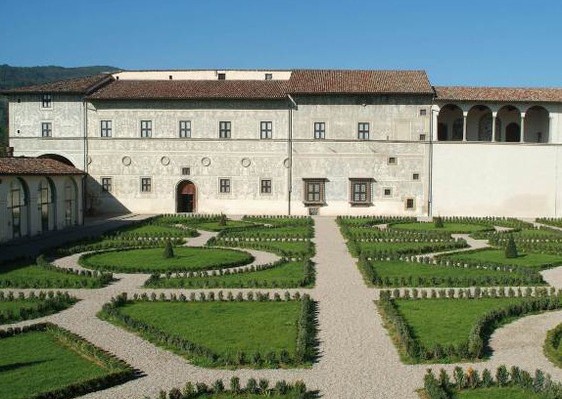 Situated within a large park with secular plants, these baths are one of the best known facility in Italy and Umbria and they're about 3 km from the old town of Città di Castello. Perfect not only for the ones looking for a bit of healthy relaxation, offering massages, solarium and whirlpools, they're also recommended for those who need specific rehabilitation treatments. 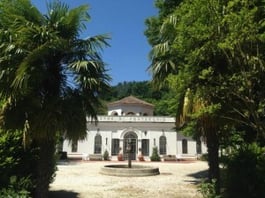 Food in Umbria is a guarantee, so if you are in Città di Castello you shall stop in an inn or agriturismo where there's a better value for money and abundant portions. Among the starters you will find great pork butchery products and the famous gourmet croutons (crostini alla ghiotta), made with poultry or game innards. You can continue with the tasty homemade pasta, like pici with wild boar sauce or pappardelle with porcini mushrooms. Meat is the star of main course, and it can be roasted, grilled or cooked on a spit! I recommend you to taste the excellent pork meat, the roasted goose, the stuffed duck or even the boar if you like strong flavours. A special dish is baggiana, a soup prepared with beans, tomatos and basil, then served with tigella, a kind of small flat bread similar to piadina made with flour, water and salt, excellent to taste also with cured meats and cheeses. About cheeses, a typical variety is the pecorino aged into barrels and enriched with aromatic herbs. During autumn, all menus presents courses based on white truffle: croutons, omelette and truffle pappardelle are definitely a must! 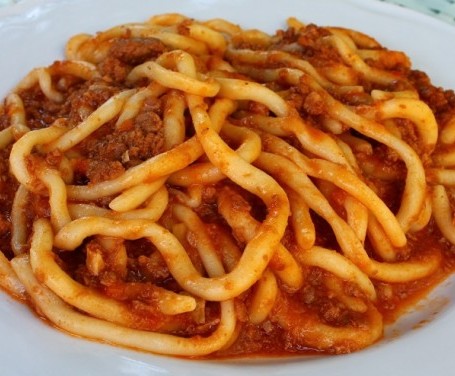 Città di Castello offers a dense network of hiking trails through the hills of the Apennines and along the Tiber River. The Tiber River itinerary starts off from the bridge over the Tiber and has a length of about twenty kilometers; walking is fairly simple and suitable for any age. The panorama on the hills, towers and bell towers of the city is really amazing! Outside the walls there is the Swan Park, along the banks of the Tiber River. As you can imagine from the name, it is populated by swans, as well as by other water animals. If you love biking you will be happy to know that there are many paths that will allow you to ride away from cars, immersed in nature. 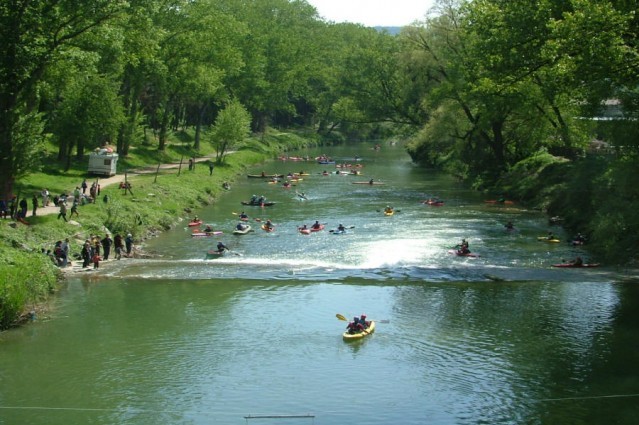 At the beginning of November the White Truffle Fair takes place in the squares of the old town. You will also find many local products such as oil, wine, mushrooms, chestnuts, honey, cheese and cold cuts. You can taste the traditional dishes at the many stands and take part in many other events such as musicals, dances and theater performances. Another renowned event is the Festival of Nations of chamber music, between the end of August and the beginning of September. Every year a different Country presents the best of its musical production. In this period there are also the Days of Historic Crafts, during which the old trades are shown again in the streets and historical palaces of the center. The last day closes with the parade of a historic procession with Renaissance music and dances. The street Market of Antiques is organised every third Sunday of the month, an opportunity not to be missed to bring home a special souvenir. Throughout the summer shops are open for night shopping, there are theatre performances and much entertainment. In the Christmas period the city is filled with decorations, and in the main square Piazza Matteotti there's a big Christmas tree and street markets. 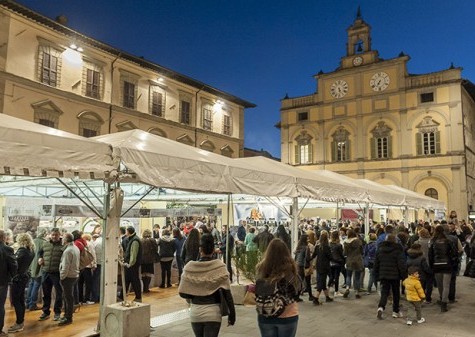 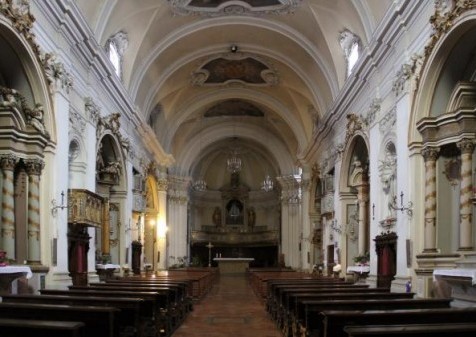 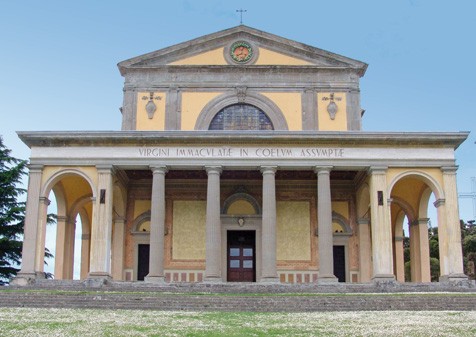 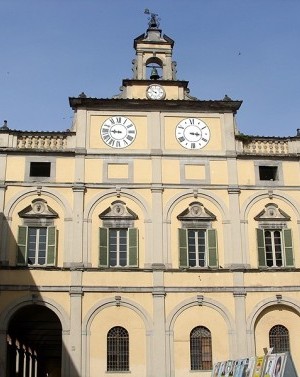 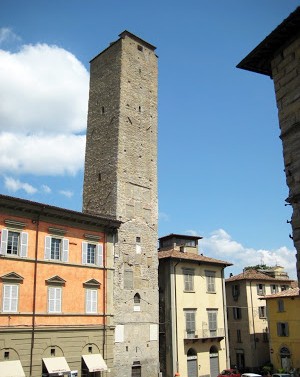 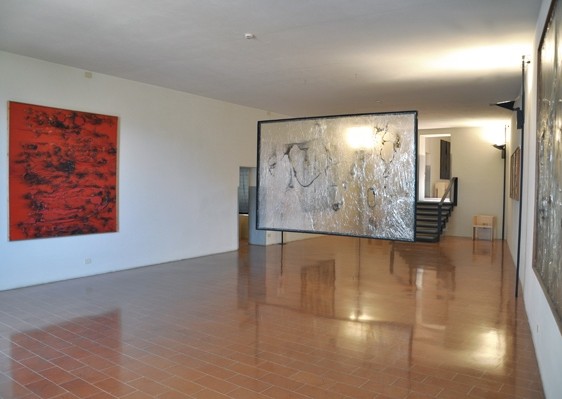 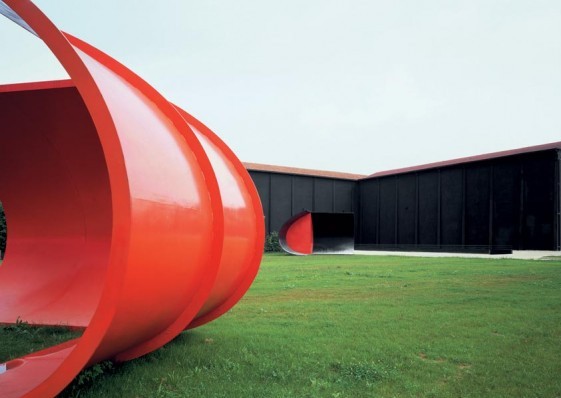 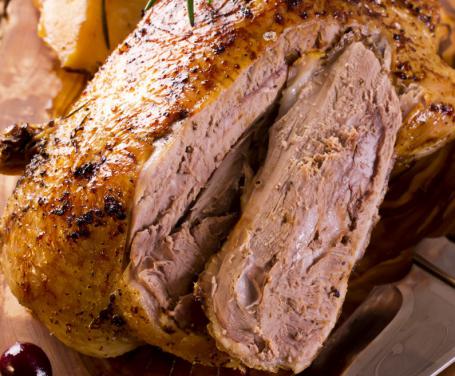 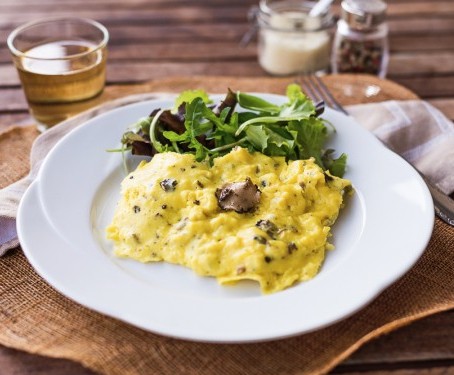 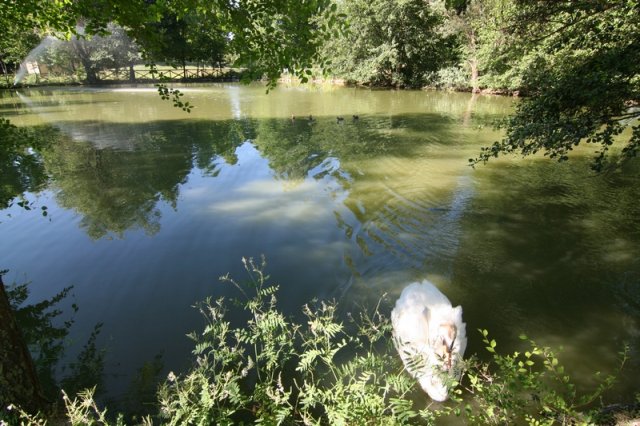 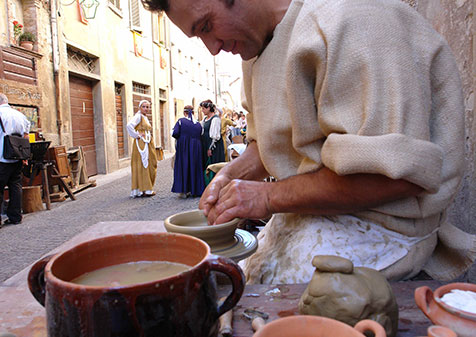 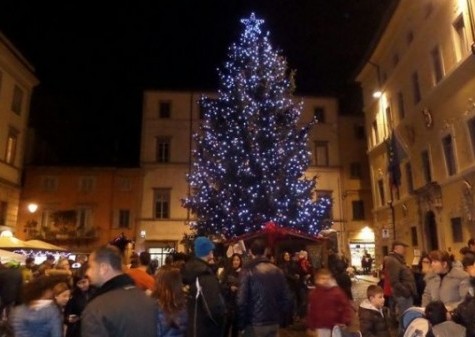