At the top of a hill known as 'Prodo', surrounded by olive fields lies Loreto, a town in the province of Ancona, South of Le Marche.Arriving by car, you could admire from afar the shape of the dome and the bell tower of the imposing Cathedral around which the city has grown. The view from above stretches from the Adriatic sea to the Conero Mount, up to the Apennines of Umbria-Le Marche. It's one of the most visited pilgrimage destinations by Christians, but not everyone knows that there is much to explore even if you are not interested in the religious sights. Let's find out more about the history that made this place so widely popular and its attractions!

The celebrity of Loreto is due to the presence of the Holy House Shrine (Santuario della Santa Casa) which preserves the relic believed by the faithful to be from the house of Mary, where she was born, grew up and had her Annunciation. It's a small house consisting of three walls, that according to tradition were taken from the Holy Land and carried here by the angels. The simple stone walls that make up the original part of the house are richly decorated outside with XVI century bas-reliefs of great value. Inside there is the statue of Our Lady of Loreto, or Vergine Lauretana, a Black Madonna venerated all over the world. Right around this holy relic it was built one of the most beautiful cathedrals in Italy, in Gothic-Renaissance style, second only to the one of Lourdes from a religious point of view. The cathedral is dominated by a XVIII century bell tower designed by Luigi Vanvitelli and a XVI century octagonal dome. Among the many chapels, paintings, statues that make this place truly unique, I suggest you the Pomarancio room or Sala del Tesoro (treasure room), which houses the precious gifts received by the Shrine. Outside the structure is further enriched by walkways, sticking out corridors built for defensive purposes, where you can walk. From their windows the panorama is unique, with views over the sea and the Sibillini Mountains. 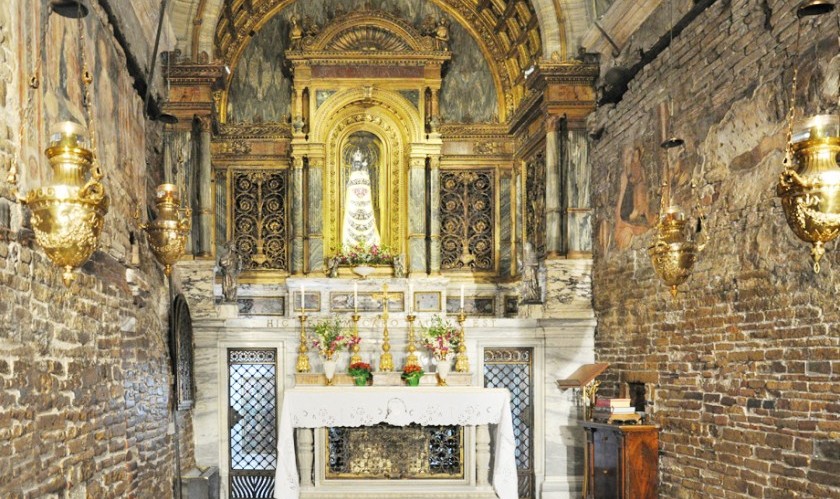 The Center of Loreto

The historic center of the town is surrounded by walls built by Pope Leo X to protect the Shrine from the attack of the Turks. The main square where local people meet is Piazza della Madonna. In addition to the Basilica, here rises the Palazzo Apostolico with the Museum and Art Gallery of the Holy House. On lower levels of the palace pilgrims in poor health conditions are welcomed. Another building overlooking the square is Palazzo Illirico. It's not uncommon to see the so-called Madonnari at work, street performers who reproduce religious paintings simply using colored chalks. At the center of the square stands Fontana Maggiore, a fine example of Baroque art from the first half of the XVII century. Due to the large influx of pilgrims, Loreto needed much water and several fountains were built along the ancient roads towards the city. The square opens at the end of Corso Boccalini, once known as Via dei Coronari due to the presence of many crown and rosary makers. Today, you will find here stores of sacred objects, cafes and shops selling local wine and food products of Loreto and Le Marche. I suggest you to stop at the Cafe Bramante, where you can enjoy good homemade ice creams, fine wines and delicious appetizers. Before reaching the center of Loreto, I recommend a short but worthwhile visit at the church Chiesa della Banderuola, in the countryside of Scossicci, towards the sea. It seems that this was the original location of the Holy House before being moved to the cathedral. Nearby there is also a cycle path, which takes its name from this church and leads to Loreto.

The Holy Stairway and the Polish Cemetery

The Holy Stairway (Scala Santa) has been used since 1950s to help pilgrims arriving in Loreto by train, leading directly to the gates of the city center. Over time, these stairs have become a real spiritual path to purify the soul before reaching the Cathedral. The Holy Stairway leads to the Polish military cemetery, among the largest ones in Italy with 1,112 tombs. It was built in 1944 and restored in the early 60s. 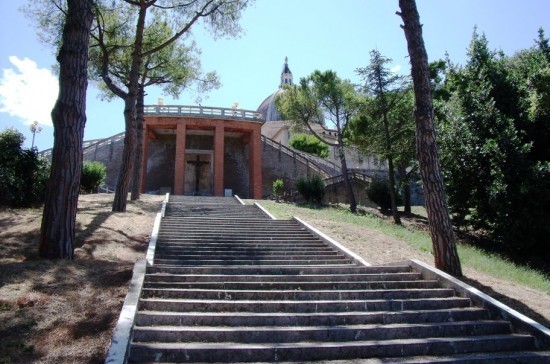 As anticipated, the second floor of Palazzo Apostolico houses the Art Gallery & Museum 'Antico Tesoro'. An area of about 2,000 square meters with a collection of paintings from churches, tapestries, stained glass tiles used in pharmacy, furniture from the papal apartment, collections of nativity scenes and the Treasure of the Holiy House.

If you love history, you might be interested to know that the Italian Air Force has a strong presence in Loreto and inside the town hall in Corso Boccalini you'll find the Historical Air Force Museum, with unique uniforms, parts and spare parts of aircrafts used during the wars and much more. 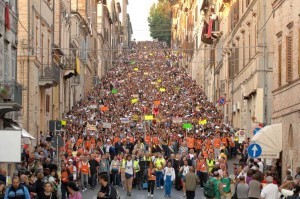 If you decide to visit Loreto in January, you can not miss the traditional celebrations of Sant'Antonio Abate. During this day, local people meet in the morning in Piazza della Madonna for the distribution of the blessed bread and the blessing of the animals, followed by a parade through the streets of the country. Another successful event which has become in recent years one of the most important date in the region is the Macerata-Loreto pilgrimage in June.
At about 22:30 pilgrims leave Macerata on foot towards Loreto and during the walk of approximately 27 km they cross the urban centers of the hinterland, with moments of prayer, hymns, readings and testimonies. Once arrived at the square of Loreto, pilgrims gather pieces of paper with their prayer intentions into a brazier to raise them to the sky. In September there is the traditional Corsa del Drappo, a race with horses galloping uphill involving from the XVIII century the main districts of Loreto. At Christmas, there are plenty of markets set up in lovely wooden small houses.
To enjoy your stay in Le Marche and experience local habits and traditions of this territory, I suggest you these three villas, equipped with every comfort.
Are you ready to leave? 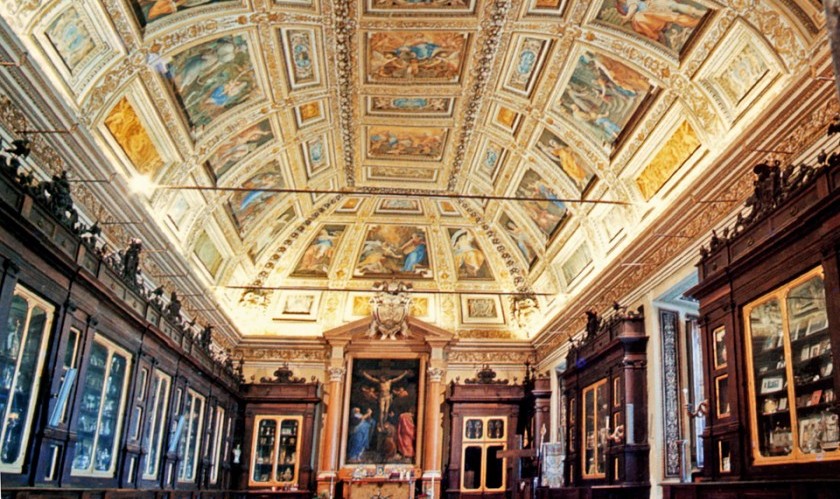 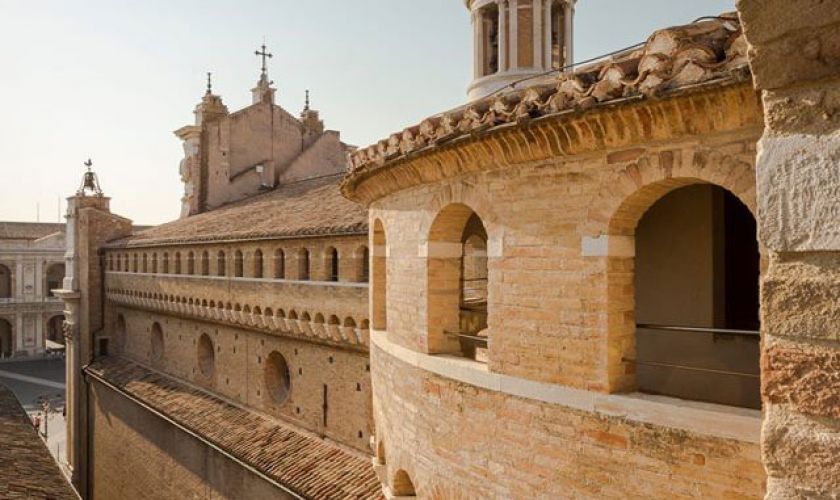 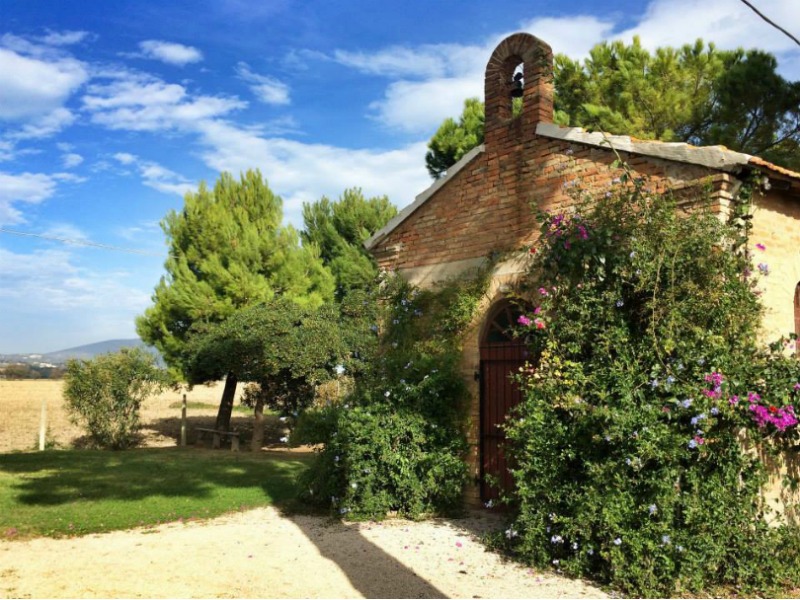