San Marino: a Republic within the Republic

The Republic of San Marino lies at a short distance to the Romagna Riviera and at the border with Le Marche region. It is the third smallest Country in Europe and one of the oldest in the world. When arriving in San Marino, you will find yourself in Italy and abroad at the same time. Actually, this small country has its own television network, its own football championship and even it own version of Euro coins! What makes it a very special destination it's above all the amazing panorama overlooking the Adriatic coast and its three towers, the symbols of a medieval past that you can feel when walking through its charming streets.

Do not miss the opportunity to visit San Marino, read my suggestions for a truly exciting tour!

The Three Towers and the Titano Mount

The Titano Mount is the main elevation of San Marino. Here rise the three towers which have become the symbols of this city-republic: Guaita, Cesta and Torre del Montale. They offers its visitors a unique atmosphere, with dizzying cliffs and amazing views over the Adriatic coast.
The first tower was built directly on the stone of the mountain without any foundation and dates back to the X century. Some rooms continued to be used as prison until 1970. From the first tower you can easily see the second one, on the second and higher peak of the Titano Mount, at 756 meters height. Today it hosts the Museum of Ancient Weapons (Museo delle Armi Antiche). The last tower dates back to the end of the XIII century and even if it's the smallest one in size, it played an important role in the defense of the republic, thanks to its strategic position. Inside there is a 8-meter deep prison, called 'bottom of the tower' (fondo della torre). The three towers are linked by a stone path called 'sentiero delle streghe' (literally witches'path).
Both San Marino and the Titano Mount have been qualified as World Heritage by UNESCO in 2008. 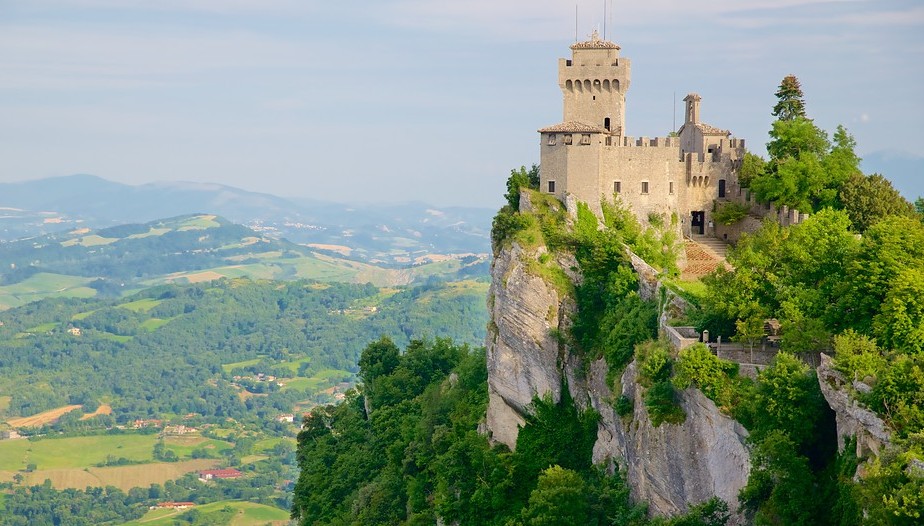 The town centre is the heart of the Republic and can be reached by a cable car that will give you unforgettable views of the surrounding landscape. A walk among the medieval houses, shops, churches and museums is a must!

This is the central square with the main buildings of San Marino, including Palazzo Pubblico also called Palazzo del Governo (the Government Palace). It is the setting of the official ceremonies of the republic and home to its main government bodies. Its shape recalls Palazzo Vecchio in Florence. In front of the palace there is the Statue of Liberty of San Marino made of white Carrara marble. During the summer you can watch the changing of the guard starting from 2.30 pm every 30 minutes. Underneath the square lay the ancient cisterns to collect rainwater and once used as a water reserve. 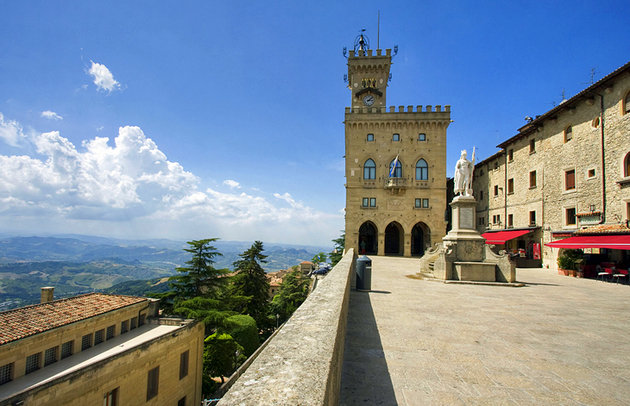 Opened in the XIX century to extract the stone which was necessary for the restoration works of Palazzo Pubblico, today this quarry is home to many local traditional events, with crossbowmen and flag wavers. Every 3rd of September, in the occasion of the feast day of the Patron Saint, the famous challenge Palio della Balestra takes place. 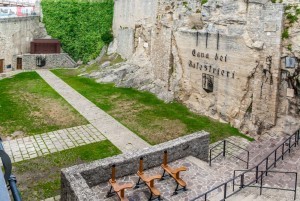 Facing St. Francis Gate, the main entrance gate of San Marino, there is the church of the same name and the monastery of the Convent Minor Friars. It is the oldest shrine of the republic and has been restored many times. Today it has a neoclassical style. The cathedral Basilica del Santo is the main sacred building of the republic, as it preserves the Relics of San Marino. On the right side of the Basilica rises St. Peter's Church (chiesetta di San Pietro), which you access through the sacristy through a staircase made inside the bell tower of the majour Basilica. An interesting element is the apse, entirely made of rock and with two niches, that are said to have been the beds of San Marino and San Leo. Under the church, a stone crypt was built in 1914 and here was placed the urn in which the bones of the saint have been kept for many centuries. After that, visit the Church of San Quirino, built around 1550 on the remains of an ancient chapel and the Monastery of Santa Chiara, opened in 1609 and now completely restored. Here you'll find the University of San Marino and the Emigrant Museum. 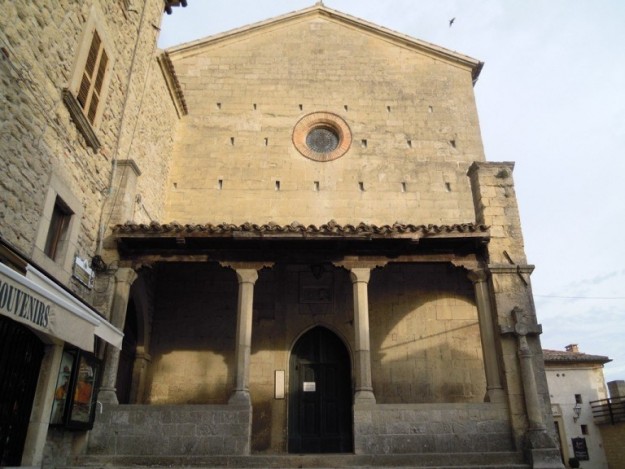 San Marino is full of museums of all kinds! You can choose among a visit to the State Museum, the Modern and Contemporary Art Gallery with its 750 works or the Museum of Curiosities: 600 square meters of funny inventions, unusual characters and rare items. The Wax Museum is also worth a visit with characters of the Italian past history. I also recommend you the Museum of Torture, with an exhibition of more than 100 devices, some of which are really very rare, dating back to the 1500s and 1600s, as well as reconstructions of the 1800s and 1900s machines invented by man to inflict physical pain and even death. 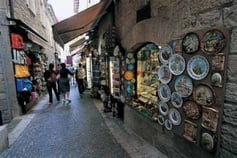 San Marino is an excellent destination for shopaholics!

Thanks to slightly lower taxes, you can save money on clothing, footwear, perfumes, cosmetics, electronics and even musical instruments.

In addition to the outlets and shopping centers, the historic center offers many boutiques with local products: hand-painted pottery, artworks, laces, canvas prints and lots of food delicacies to eat and drink!

The culinary tradition of San Marino offers many typical dishes of the Emilia Romagna region, such as tortellini, strozzapreti, cappelletti served with soup, piadina and grilled meat. The excellent wines of the area are Brugneto, Sangiovese and Moscato. I would also suggest you to try the truffle liquor Tilus and the herbal liquor Duca di Guelfo. As for desserts, there's the famous ciambella cake and the cakes Tre Monti and Titano. Another popular dish is polenta (cornmeal mush), served in cutting boards and usually accompanied by a sauce of sage, game or with sausages and grated pecorino cheese. Along the small streets near Piazza della Libertà, you can find many pubs and bars for a drink. 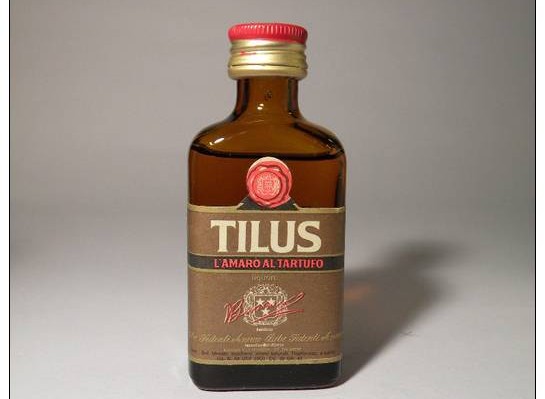 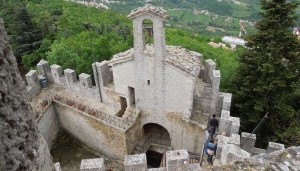 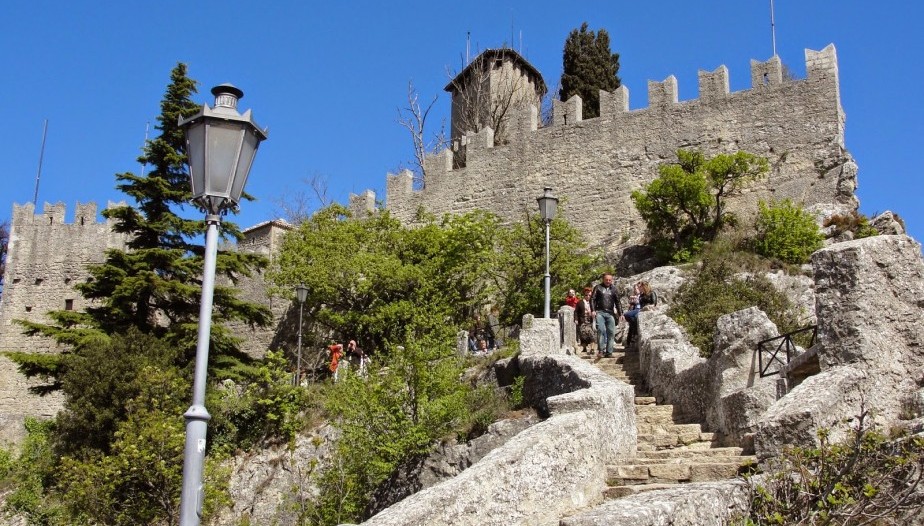 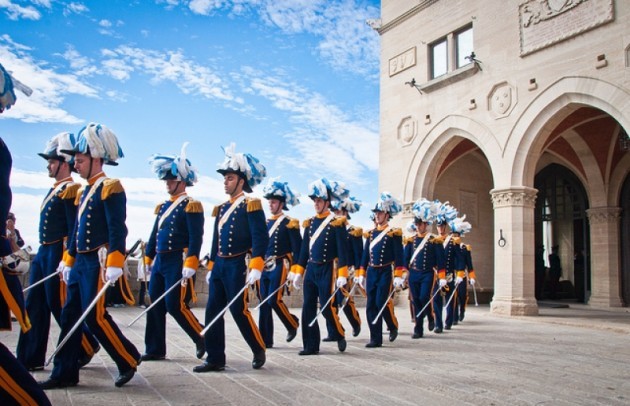 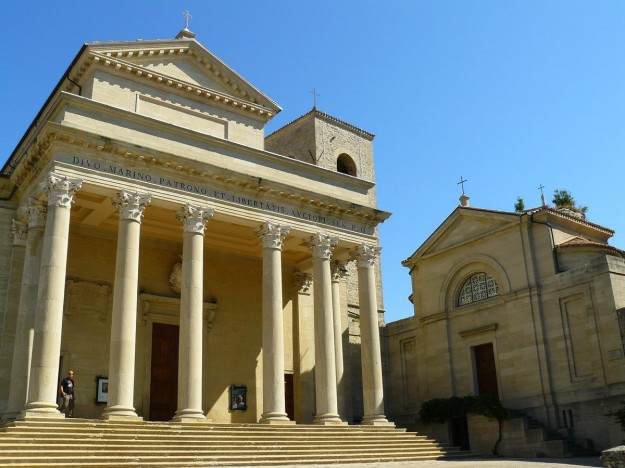 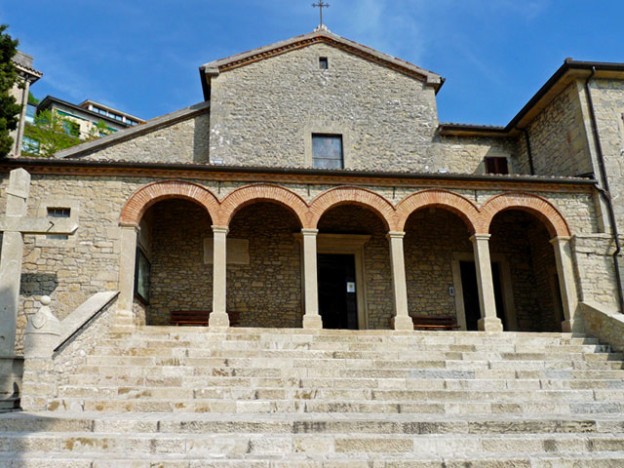 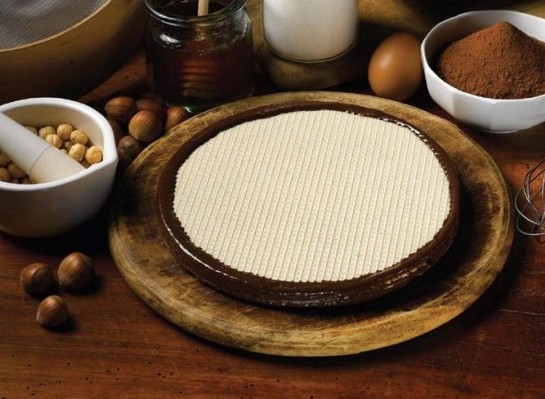 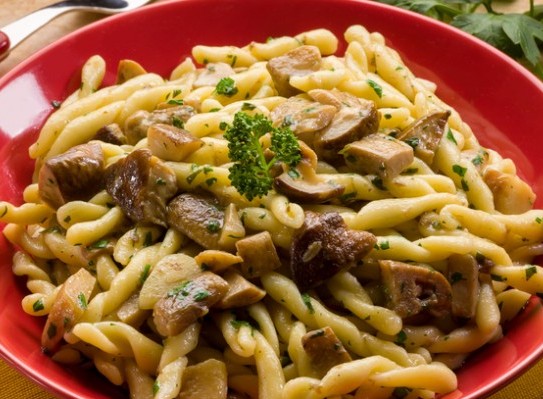 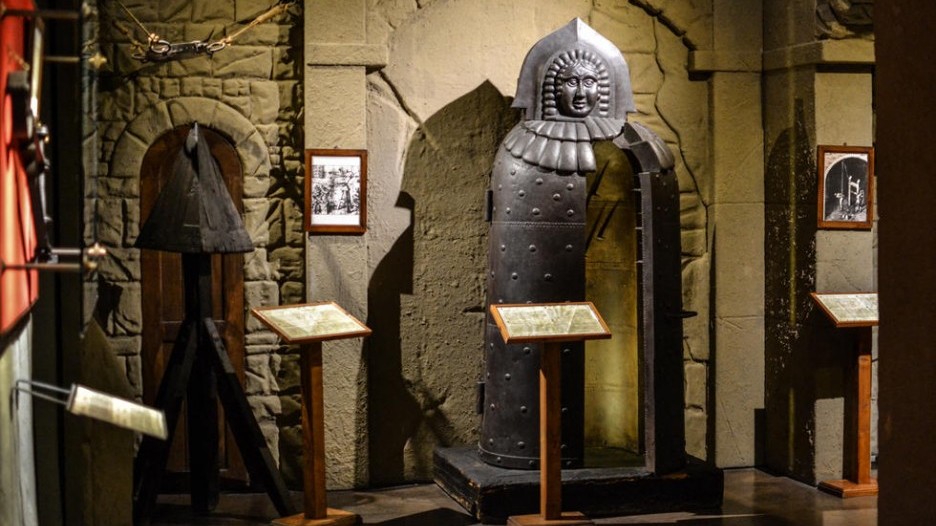