The town of Pergola and the Gilded Bronzes

Pergola is one of the many typical towns of Le Marche region, located in the province of Pesaro and Urbino. Founded around 1234, it rises on a hill at about 265 metres above sea level. It is a good destination to choose for a quiet family trip or even a longer summer stay, thanks to its unspoiled natural environments, the many artistic treasures of the old town centre and the quality of local agricultural products. If you don't want to give up spending some sunny days at the beach, the coastal towns of Marotta and Senigallia are only about 30 and 40 km drive.

Churches and historical buildings: what to visit! 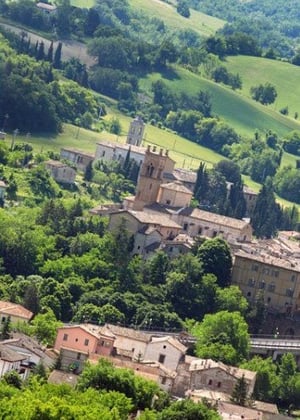 Pergola stands out as an art city. The old town is full of typical architectural evidences of the Middle Ages and partly retains the appearance of that times with its narrow, at times winding streets . Of great interest is the religious architecture, with many churches restored and returned to their ancient splendour. Let's start from the church of Sant'Andrea in Concattedrale - the town Cathedral - in Romanesque-Gothic style, with three naves where rise up eight baroque altars in carved and gilded wood; of great value is a crucifix on wood panel from the XIV century. Right in front of this building you will find the Chapel of the Magi (XVII century), a small Baroque artistic jewel, where on its marble altar stands the painting of the Adoration of the Magi, by the artist Aurelio Lomi from Pisa. Let's continue our nice walk towards the church of San Marco, built in Romanesque style along with the first historic centre of Pergola; the Collegiate Church of St. Andrea Apostolo which contains numerous paintings; the church of S. Maria di Piazza, the oldest one in Pergola (first decade of the XI century) which is now used as an auditorium and the Church of Le Tinte (late XV century) which takes its name from the dyers and wool workers quarter, founded along the Cesano river. You can complete the tour with the church of San Biagio; the church of San Francesco; the Oratory of Ascensione al Palazzolo, a small and simple construction from the XV century with a rectangular shape and gabled roof, with remarkable frescoes on its walls; the church of San Giacomo and the adjacent Convent of the Augustinian, today home of the Museum of the Gilded Bronzes and the town of Pergola. Among the other buildings is worth a visit the Palazzo Comunale (Town Hall), which is itself a sort of small museum that houses both in the atrium and in the various rooms bas-reliefs, plaques, coat of arms, statues, busts, paintings, wooden tables and crockery, especially concerning the civil and religious history of the town. Also worth mentioning is the building of Palazzo Mattei Baldini; Palazzo Ginevri Latoni (XVIII century); Palazzo Giannini Bruschi (XVIII century) and Palazzo Malatesta (XV century). 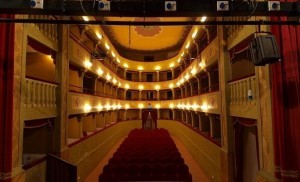 To finish with, the Theatre Angel Dal Foco of the XVIII century, reopened in 2002 after a long restoration, noteworthy for its U-shaped plan, with three tiers of boxes topped and a gallery with open balcony. The medieval urban structure that characterises Pergola also presents many examples of Porta del Morto (door of the dead), widespread during Medieval times mainly in central Italy. It is nothing more than a narrow opening with pointed arches, carved next to the main entrance of the house and was open only to take out the body of the dead family member. Are you already tired? We still have lots of things to discover together! :)

The Gilded Bronzes of Pergola 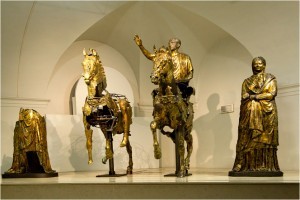 Unique in the world, the Gilded Bronzes of Pergola represent a rare example of equestrian sculpture dating back to I century BC. The bronze and gold statues were discovered by a farmer in 1946, during excavation works near his farmhouse and depict a high rank family group composed of two female figures and two knights with ornate horses. After a careful restoration work completed in Florence, this treasure can now be admired in all its beauty at the Museum of the Gilded Bronzes of Pergola, in a specially air-conditioned room using cutting-edge techniques. Opened in 1999, the museum is housed in the XV century former convent of San Giacomo where you also find a picture gallery with paintings and wooden works, a numismatics section, an area dedicated to Roman findings and a contemporary art section with graphical works of the renowned artist Walter Valentini from Pergola. From time to time the museum also hosts temporary exhibitions and offers themed workshops for children.

Truffles, olive oil, honey, cheese, wine and beer: in Pergola you'll find something for all tastes! Throughout the year you can taste excellent truffle, to which is dedicated the Fair of White Truffle in the month of October,  which has become national since 2013. 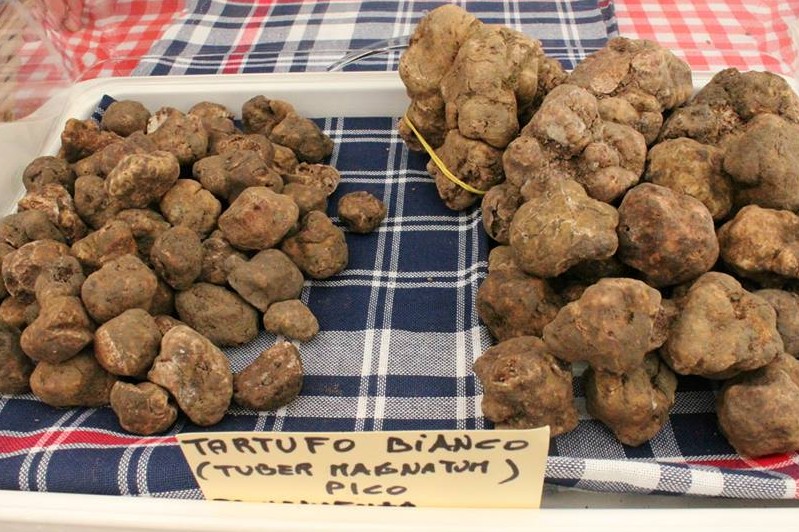 There are many local family-run businesses, which for centuries have been dedicated to the production of fragrant extra virgin olive oil, obtained exclusively from their own olive groves. As a drink, have a glass of Pergola DOC, a wine of ancient origins which in 2005 gained the registered designation of origin in its versions of red wine, young wine and passito; it usually accompanies tasty cold cuts, had made noodles with mushroom sauce and grilled lamb. To promote all of these culinary excellences, during the last weekend of July takes place in the historical centre of the town the Wine Festival with tastings, open cellars, entertainment, music and lots of fun. Another typical local product is Vino di Visciole (Sour Cherry Wine), also known as Visner, Visciolì or Visciolata. It is made from the visciola, a kind of sour cherry fermented with good red wine and is perfect to taste with biscuits, such as almond cantucci. During the days before the Immaculate Conception another great event enliven the historic centre: the Christmas CioccoVisciola. It is a festival dedicated both to chocolate and visciolata with exhibitors of high quality chocolate products, Christmas pastries, Visciolata and many street shows to entertain the visitors. If you want to travel back in time and taste typical dishes of the Middle Ages, Pergola is the right place! In the month of August local organisations organise the so-called Medieval evening event, with taverns set up according to the style of that period, parades, battles, scenes of medieval life and travelling shows. If you are fond of beer, you'd better know that this town is home to one of the smallest breweries in Italy, where craft beers are produced with truly genuine flavours. Try it for yourself ;)

Beyond Pergola... villages and neighbouring towns 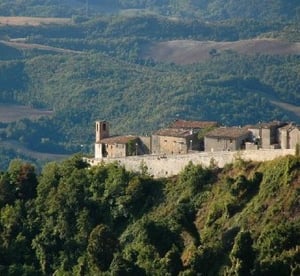 The villages surrounding the municipality of Pergola offer breathtaking landscapes and are worth a visit for their scenic beauty. I suggest starting the tour from Montesecco, a charming balcony overlooking the Adriatic sea, with its small squares and characteristic streets, all recently renovated. Then, let's continue towards Mezzanotte, so named because in the past, in and around the village, there were so many oak trees that sunlight could not go through and it was always so dark, just like at night. The village of Monterolo is set on a spur above the river Cesano and is dominated by the massive Mount of S. Croce. Another remarkable place is Montaiate, which offers a wide panorama on the Cinisco valley, on the stretch between Frontone and Pergola. Bellisio, Pantana, Serralta and Cartoceto complete the itinerary. Leaving Pergola, you only need to drive for few km to visit some of the major attractions of the area. Within 15 km you will find yourself enjoying sports on the summit of the Catria Mount: trekking, horseback riding, nordic walking and mountain biking in summer, while in winter you can ski admiring the Adriatic coast. Still only a few km away, the towns of Serra Sant'Abbondio, Sassoferrato, San Lorenzo in Campo which is close to the rich archaeological area of Suasa Senonum, the Castle of Frontone and the Hermitage of Fonte Avellana. 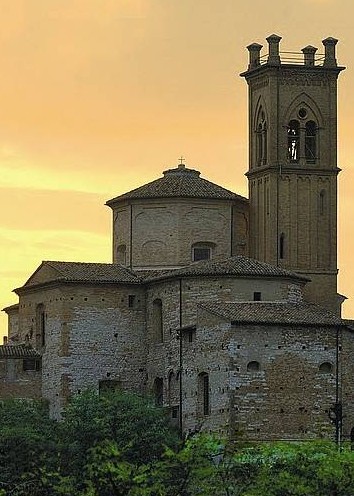 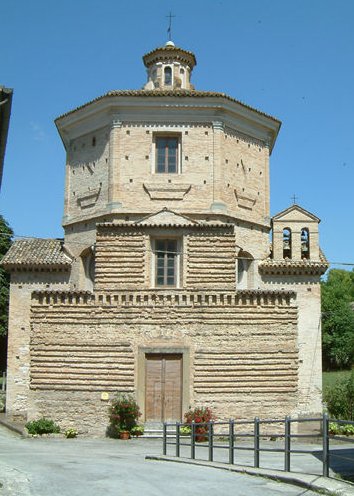 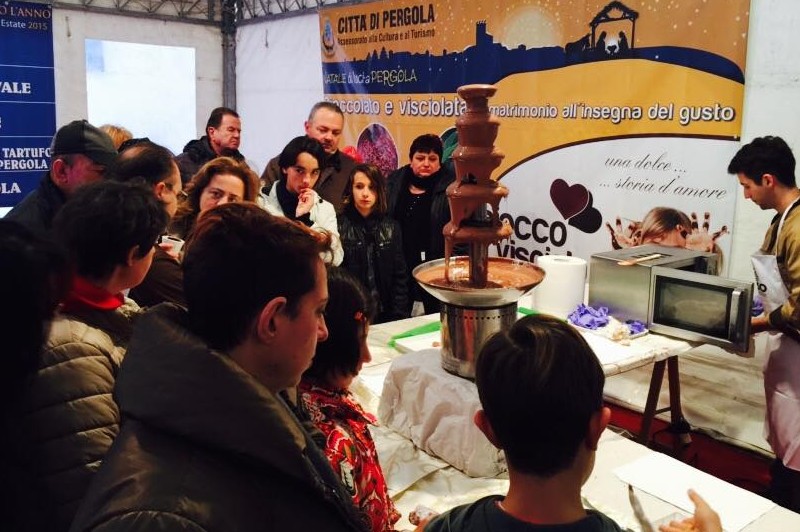 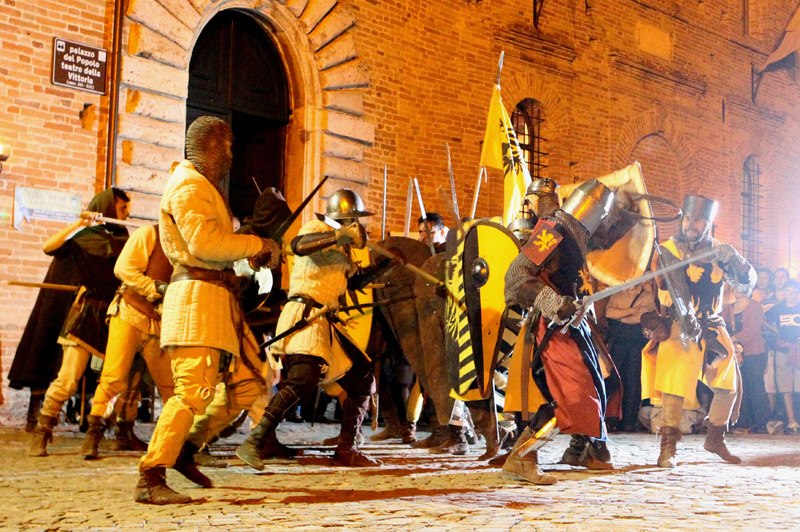 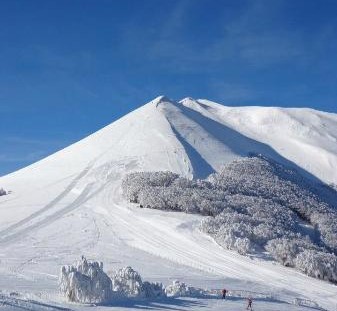 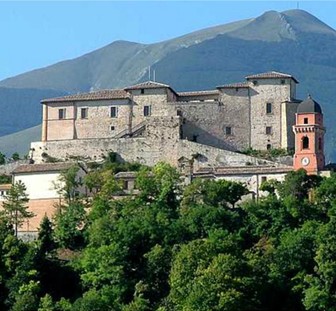 What to do at the beach in Le Marche: activities & experiences 06 April 2022